Doug will reminisce about computing in the 1950s, and about 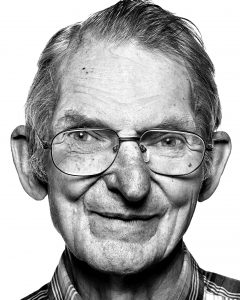 computers and operating systems built by Bell Labs people from
the late 1940s through the early days of Unix. During that time programming was a blast–most everything one did was novel. It
all added up to a firm foundation for Unix, whose influence
persists fifty years on inside BSD, Linux, OS X, and Android.

Doug McIlroy retired from Bell Labs to an adjunct professorship
at Dartmouth some 20 years ago. For much of his 39 years at the Labs he headed the department in which Unix was born. Aside from the system’s two inventors, he was its first user. His contributions to Unix include many now-standard software tools and the concept of pipes. He is a member of the National Academy of Engineering. ( According to Unix Wikipedia entry, Doug is considered one of the 4 developers of UNIX… He has shared a number of wonderful stories and was interviewed for the book “A Quarter Century of Unix” which is a great read….Doug’s picture here is also of note. It was taken by Peter Adams, as part of the on-going photographic documentary “Faces of Open Source” which I’ve enjoyed as well — ed.)