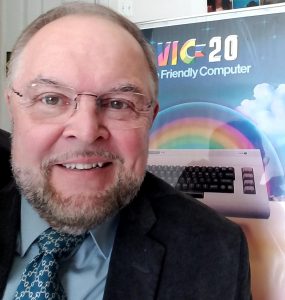 Michael Tomczyk has been called the marketing father of the home computer. He is best known for his role in the development and launch of the Commodore VIC-20, the first microcomputer to sell one million units; and for his early role asa pioneer in telecomputing. Michael joined Commodore in 1980 as Marketing Strategist and Assistant to the President – Commodore founder Jack Tramiel. Tramiel invited Michael to learn his business philosophy (which he called “the religion”) and to help fulfill his vision to develop computers “for the masses, not the classes.” Michael was involved in the decisions that made Commodore the first billion dollar personal computer company.. His innovations included the VICModem (the first million seller modem) and the Commodore Information Network (an early pre-Internet user community). After Commodore, Michael continued to innovate, as a senior executive and consultant. In 1995 he joined the Wharton School as Managing Director of the Emerging Technologies Program, He retired from Wharton in 2013 and subsequently served 3 years as Innovator in Residence at Villanova University’s ICE Institute. He holds a bachelor of arts degree in literature and journalism, an MBA and a master’s degree in environmental studies. Michael is a Vietnam Veteran and the recipient of the Bronze Star and Army Commendation Medal. Michael is the author of more than 200 articles and reports including THE HOME COMPUTER WARS and NANOINNOVATION: WHAT EVERY MANAGER NEEDS TO KNOW. 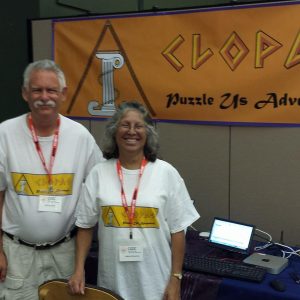 Born in Miami, Florida and currently living in Platteville, Wisconsin, Adams was the first person known to create an adventure-style game for personal computers, in 1978 on a 16KB Radio Shack TRS-80 Model I, written in the BASIC programming language. Adams’s work was very influential on the adventure-gaming industry. The games from his company, Adventure International, were subsequently released on most of the major home PC platforms of the day, including TRS-80, Apple II series, Atari 8-bit series and Commodore PET and for later platforms such as VIC-20 andr ZX Spectrum. Scott worked as a senior programmer for AVISTA in Platteville from 1988 to 2016.After retiring, Scott founded Clopas, the “Puzzle Us Adventure!” company in 2017, with his wife of 29 years Roxanne. Clopas is currently working on ‘Escape the Gloomer’ an Epic Adventure of Redwall, in collaboration with Soma Games. ‘Escape the Gloomer’ is currently projected for fourth quarter 2018.